DSI goes beyond the role of matchmaker to assist families in navigating the world of shidduchim.

By networking and collaborating with shadchanim throughout North America, DSI provides single women and men in the Detroit area with connections, dating opportunities and advocacy in the search for their life partners.

Through lectures and panels we offer chizuk and guidance to those who are dating, and their parents,  and provide assistance throughout the entire shidduch process. From resumes and research to support during dating, we are available for any questions that may arise. 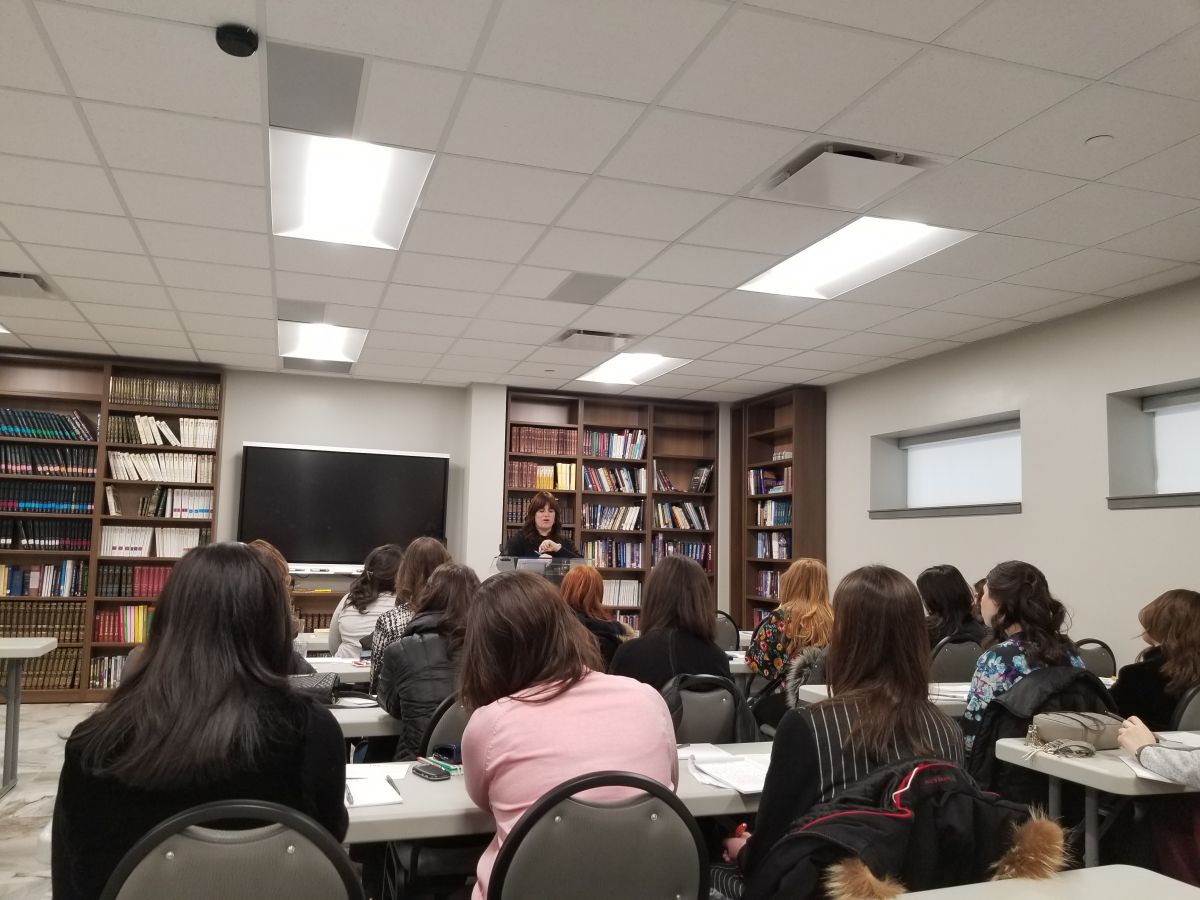 By Devorah Klein - Reprinted with permission of Hamodia

“Detroit is a unique community,” remarks Rabbi Avraham Bleich, who will be moving to Detroit after Sukkos to assume the Rabbanus of Congregation Bnai Israel, an established shul in Detroit. “From what I see, it has many special qualities. It has a world-class yeshivah, a choice of ehrliche elementary batei chinuch for boys and girls, a variety of boys’ and girls’ high schools, and several kollelim. There is a large litvishe-style community and a large Chabad presence. All of this is not often found in a community with a little over 1,000 families.”

Let’s take a closer look at this remarkable community.

Overview of a Community

One of the pioneers of the Detroit community was Rabbi Avrohom Abba Freedman, zt”l, a talmid of Harav Shraga Feivel Mendlowitz, zt”l, who came to Detroit in 1944 to build a beis chinuch.

Rabbi Elchonon Bunim (Bunny) Freedman related that his father, together with Rabbi Shalom Goldstein, zt”l, scoured the streets searching for talmidim. They brought them to Bais Yehuda, and together with a battalion of other energetic Rebbeim, were mechanech them in a warm and loving manner, combining Torah chinuch with many recreational activities.

Furthermore, all of the Rebbeim opened their homes to their talmidim and many others, providing a warm environment to grow in Yiddishkeit. Ultimately, Rabbi Freedman, with the constant support of his eishes chayil, Mrs. Temma Freedman, ybc”l, assumed the position of Menahel of Bais Yehudah. Today, the yeshivah is a internationally renowned institution with over 1000 talmidim.

Today, Detroit has a strong and impressive infrastructure. There is a choice of day schools, including Bais Yehudah and Yeshivas Darchei Torah. There are four kollelim, including the Kollel Institute of Greater Detroit, the Bais Yehudah Kollel, the Yeshiva Gedolah Kollel, and a kollel at Congregation Bais Tefillo under the leadership of Harav Yisroel Menachem Levin. In addition, a new heimishe/chassidishe kollel is scheduled to open after Sukkos at Congregation Dovid ben Nuchim, under the leadership of Rabbi Ari Kostelitz.

The community offers a choice of minyanim. New shuls have opened to accommodate the influx of new families, with one report indicating the presence of 23 shuls. Chabad also has a strong presence in the community and there are active kiruv organizations, such as Aish Detroit and Partners Detroit.

Yeshiva Gedolah Ateres Mordechai of Detroit, which includes a mesivta, beis medrash and kollel, is a vibrant makom Torah, under the leadership of Harav Yehuda Bakst, shlita, and Harav Meir Simcha Bakst, shlita. About 10 years ago, the yeshivah completed a major renovation project in the beis medrash, which is now a regal structure l’shem ul’siferes.A Yerushalmi Yid who was in Cleveland for medical treatments for his child visited Detroit for a day and stopped off at the yeshivah. He was amazed by what he saw and remarked, “I could not believe my eyes. I would send my own son to that yeshivah!”

In addition, there is a new and growing mesivta located in nearby West Bloomfield. All of these factors combine to create a full-service community, one that is very attractive to families looking to relocate for various reasons, and especially to young couples moving from Eretz Yisrael.

The oldest kollel in the community is the Kollel Institute of Greater Detroit, which was established in 1974 under the leadership of Harav Moshe Schwab, zt”l, and ybl”c, Harav Shmuel Irons, shlita. This was the first Lakewood kollel in the United States, following the establishment of the Kollel Avreichim of Toronto in Canada. Rabbi Reuven Green, Executive Director, describes the Kollel’s impact on the community. “During its early years, the Kollel brought a heimishe flavor to the community and was mashpia on many secular families to follow a life of Torah and mitzvos. Consequently, the area around the Kollel slowly developed, and more and more frum families moved in to be close to this distinguished institution. Over the years, the Kollel developed into a bastion of Yiddishkeit, and its alumni became Rebbeim in the local schools, Rabbanim, and outreach professionals servicing the Detroit community. One of the integral founders of the kollel was Reb Avraham Meir Silverstein, z”l, who was front and center in terms of the ability of the Kollel to establish itself and ultimately succeed.”

Today, as a center of Torah and tefillah, the Kollel is under the leadership of Rabbi Irons and Rabbi Ytzchak Schwab, shlita. There are 20 yungeleit who are shteiging throughout the day and learn with community members every evening.

Rabbi Aaron Leib is principal of the elementary and middle school divisions of Farber Hebrew Day School/Yeshivat Akiva, a school with close to 300 students in preschool through high school.

“Detroit is wonderful heimish community,” Rabbi Leib remarks. “It is family-oriented – one sees the same people in shul, in school, and throughout the community, presenting the opportunity to create meaningful relationships.” Rabbi Leib explains that his school is bursting at the seams, as many young people are moving in.

On the outskirts of the community, West Bloomfield is a growing suburb about ten miles from Oak Park. Rabbi Elimelech Silberberg, Rav of the Sara and Morris Tugman Bais Chabad of West Bloomfield, remarks, “Baruch Hashem, our community continues to grow. When I came here 43 years ago, there was no Orthodox presence. Now, we have about 150 shomer Shabbos families, four shuls, a mesivta, a preschool, and a mikveh, as well as the Jewish Community Center. Now with Sukkos coming, we see sukkos going up all around.”

“Detroit is definitely growing,” explains Rabbi Yehuda Amsel, Director of Community Relations at Yeshivas Darchei Torah. “Since I came six years ago, there has been a real influx of families. Many children of Detroit families are coming back to the community and either joining a kollel, going to school, or joining family businesses. The enrollment at Darchei Torah, which is now in its 33rd year, has been growing every year. This year alone we have welcomed new families from Eretz Yisrael, Lakewood, and Cleveland.”

One of the main attractions of Detroit is the presence of the kollelim and consequently the many yungeleit in the community. Combined with that is the low cost of living in the area, including the affordable housing. A typical three-bedroom house will cost around $175,000-$200,000, and many have basements in which additional bedrooms can be constructed. However, it can be difficult to find housing, and even rentals are hard to come by.

Mrs. Reva Rivlin is president of the Women’s Orthodox League together with Mrs. Shaindy Friedman. This organization contributes much to the community including maintaining a community directory, organizing a yearly Purim project, organizing a yearly inspirational event for women, and taking care of the mikveh. “There is definitely significant growth here in Detroit,” Mrs. Rivlin confirms. “Five years ago, there were 1,100 families listed in the directory; now, there are over 1,300. Some people are moving out of the community for various reasons, but more are moving in.”

Mrs. G., whose husband learns in one of the many kollelim in town, has been living in Detroit for the past eight years. “We moved here because the standards of gashmiyus were much lower and the cost of living is lower. The chinuch is very good and people are not interested in what is going on in the outside world, such as keeping up with the latest fashion. This type of environment is very important to me, especially for raising my children.”

Rabbi Bleich comments, “Having grown up in the New York metropolis and lived in Eretz Yisrael for the past 23 years, I felt very warmly welcomed by all – both during the ‘proba Shabbos’ and after being elected as Rav. I wish more big-city Jews would appreciate the value of what we New Yorkers call ‘out-of-town communities’ and see them as natural and viable options.”

Every Community Has Its Challenges…

What are the some of the challenges in the community?

For one thing, the general job market is not optimal. Nevertheless, there are many frum doctors who come to Detroit, as the state of Michigan allows doctors to work out their schedules so they do not have to work on Shabbos. The nursing home industry is growing as well, as investors from Chicago purchased nursing homes in Detroit and hired local community members for administrative positions. In general, most community members are professionals, with many working in the auto industry or in other businesses, and the opportunities for private entrepreneurs in the frumcommunity are quite limited.

Another challenge that one community member points out is that Detroit is lacking a facility and programming for special-needs children.

When asked about specific challenges, Mrs. G. responds, “Challenges are in the eyes of the beholder. The shopping options as far as food and clothing are not the same, but we all make do with what we have. Yes, occasionally there is no [chalav Yisrael] milk in the store, so you learn to freeze a gallon for the high-demand times.”

A Destination for Families Moving From Eretz Yisrael

The F. family moved to Detroit two years ago when Rabbi F. joined Kollel Institute of Greater Detroit. “We were living in Eretz Yisrael for three and a half years and decided that we wanted to be mechanech our children in America,” says Mrs. F. “I am from Monsey, but my husband is from St. Louis and we knew we wanted to move out of town. We first spent some time with my family while my husband explored various options. He was offered the position here in the kollel, and we accepted. My husband’s father is originally from Detroit and a few people had told us that they thought we would do well here.

“Baruch Hashem, we were able to buy a house on a very frum block. It did take some time to adjust, but now I am very happy. My husband loves the kollel, he feels that he fits right in, and my children have lots of friends from Torahdikfamilies. In addition, there is a N’shei Hakollel, which makes me feel connected. When I had a baby, the Rosh Kollel’swife arranged wonderful meals.” Mrs. E. moved from Eretz Yisrael four years ago after having lived there for six years. “We moved mainly for financial reasons. I loved living in Eretz Yisrael! We were looking into a few different kolleloptions in different cities. My in-laws live in Detroit and this kollel made the most sense financially. My husband says that, compared to when he was growing up, the growth of the community is ‘shocking.’ There is a nice quality of living. Shopping is easily accessible; there is not a lot of traffic and parking is easy. Everyone is friendly and non-judgmental. The children get individualized attention in school, and everyone knows who you are. You feel like you really belong to something.”

Klal Yisrael is based on mesorah, and one of the strong points of Detroit is the presence of elders who set the example. Mrs. Rivlin asserts, “A big advantage to the community is the presence of older Rabbanim, mechanchim and madrichim, who set an example for the rest of the community. Every community needs their ‘old-timers.’ It does not start with the young people, and we have great mechanchim and madrichim who make this a wonderful community.”